The Azure IoT Designer carries out the configuration and executes coding jobs called for to develop and maintain the cloud and also side parts of an IoT remedy. In addition to configuring and also preserving the devices by utilizing cloud services, the IoT Programmer also sets up the physical devices. The IoT Programmer is accountable for preserving as well as repairing the setup of the devices throughout the life process.

The IoT Designer applies design specifications for IoT solutions, including tool geography, connectivity, and diagnostics and surveillance, and also security. The IoT Programmer develops and also deploys components as well as configures device networking for the IoT Edge section of the service. The IoT Developer executes designs for remedies to manage data pipelines, consisting of tracking as well as information improvement as it connects to IoT. The IoT Programmer deals with the Azure IoT Architect, information engineers and other stakeholders to make sure successful company assimilation.

IoT Developers need to have a basic understanding of devices types and also Azure solutions, consisting of information storage space alternatives, data analysis, data handling, AI, as well as other Platform-as-a-Service choices. IoT Developers should be able to program in at the very least one Azure IoT SDK-supported language. Zabeel Institute is considered as the best training institute in Dubai  for Microsoft Certified Azure IoT course. 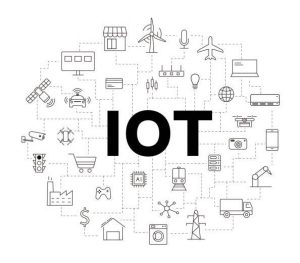 Zabeel international institute of management technology Offer High Demand in IT Courses and technology management  industry. We are one of the Top ranking training institute in Dubai .

Set up the IoT Solution Infrastructure (10-15%)

Set up an IoT Edge device

Integrate with upstream and downstream systems

We are fully accredited Institute by KHDA and endorsed by students as the best Microsoft Certified Azure IoT training institute in Dubai.

To know more about other courses in IT Academy, click here.